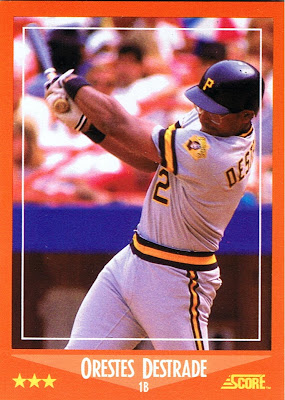 We complete this set not with a bang, but with a whimper. Destrade was a well-regarded rookie at this time but disappeared from the big leagues after 1988. Disappeared until 1993, that is, when he got a shot with the first-year Marlins and posted a 20-HR season. He fell off considerably in 1994 and that was truly it for him. Destrade had spent 3 of those intervening years (1990-1992) in Japan, where he hit 42, 39, and 41 HR while playing 130 or fewer games each year (the season in Japan is shorter than in MLB.)

I don't see any particularly interesting words on the back, so here are some anagrams for Orestes Destrade: 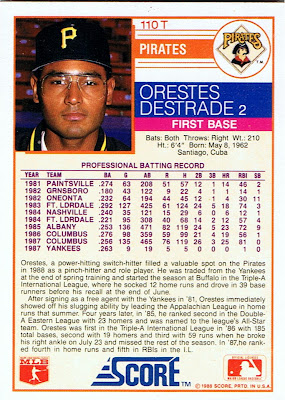