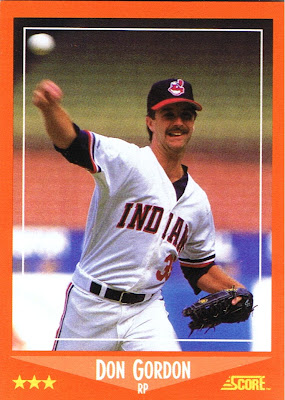 Gordon was a strange choice to include in this set. He wasn't a rookie, having pitched in the bigs in 1986 and 1987, as you can see on the back. I guess Score didn't give him a card in the regular 1988 set (unlike Topps, which did.) It's also strange that they tucked him in the back of this update set, along with true rookies all around him.

At least they used a nice photo.

All kinds of unusual words on the back, including "Commercial Education", "Retail Management", and "Gamecocks." 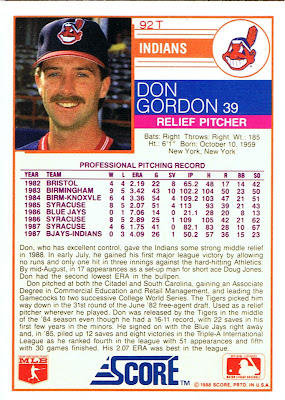